Happy Friday! Once again we’ve got a brief update covering the work that was carried out over the week by some of our team. We’ve also included a quick note to clarify some of the Backer inquiries related to development and the kinds of issues that we are looking to resolve.

We wanted to clarify that the hitching issues in 0.6.0 are some of the largest issues that we are addressing with 0.7.0. We have significantly reduced the stuttering and hitching, while this can vary from scenario to scenario there should be less issues with the game aggressively slowing down or stuttering. A large part of fixing this required a new map to address the issues with level streaming. We introduced the map in the update last week, you can read about it here.

Our initial QA testing of the new map has demonstrated a smoother and more enjoyable experience. We wanted to add that we are not aiming for ultra-high FPS for the Closed Alpha. On mid-tier hardware we are aiming to achieve and maintain a relatively stable 50-60 FPS. Relatively stable is defined by one hitch every few minutes that is not longer than 150ms which in laymen terms is 7-8 frames at 50 FPS. Most of us at the studio love playing games on high refresh rate monitors but we need to focus on developing content once we’ve hit a baseline we can reasonably maintain in terms of performance.

Victor has begun working on some landscape rocks utilizing scans of the actual rocks found around Seebe in the Bow Valley. The unique formation of sedimentary rocks in the area created a unique visual challenge in recreating. These sedimentary rocks are common around the rivers edges as the water has carved down through them over the years.

We have a new character skin to show off. This one is reflective of the typical Kananaskis hiker or casual Banff goer that feels the need to wear hiking boots to cross the sidewalk when getting to the bar.

FROM RUSSIA WITH LOVE

A common weapon found in Canada is the Russian made SKS. The SKS is found all over the world along with the AK-47. However, due to strict firearms laws the chances of finding an AK-47 in Canada are virtually none. Given the SKS is a semi-automatic carbine and can easily be modified to limit round capacity, it has become a Canadian weapon staple. Common ammo found around Canada includes Russian made corrosive ammunition (surplus from the cold war), and newer non-corrosive ammo made in other Eastern European countries. With all this in mind, we obviously had to get one in game. Adam has done a fantastic job on this “base model” and has also began to working some… modified examples. Stay tuned for updates.

Our level design department has put the finishing touches on the firing range we showcased last week. For more detail feel free to re-visit last weeks post discussing the range of game mechanics we will be showcasing a tutoring players into. In the meantime, enjoy this arsenal of photos. 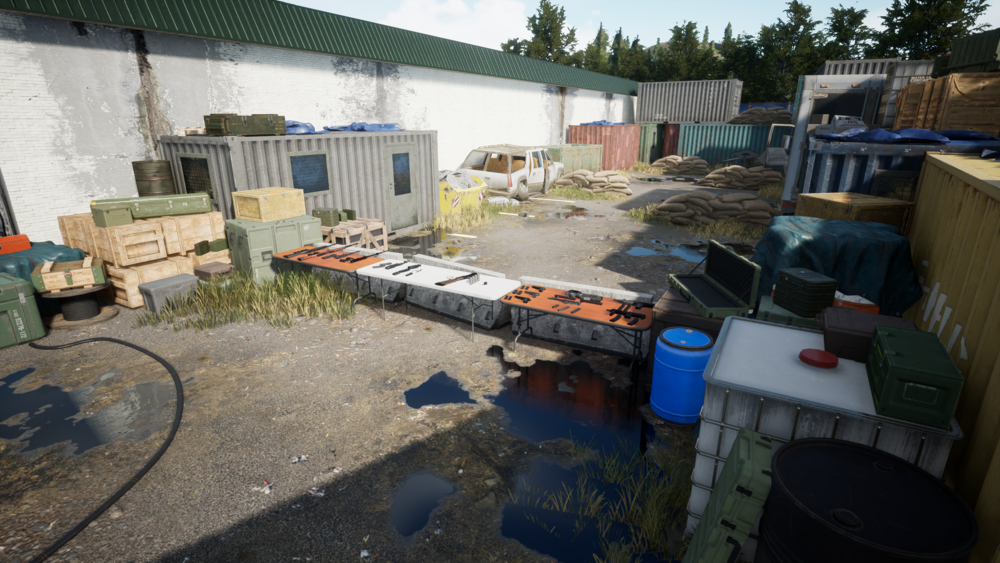 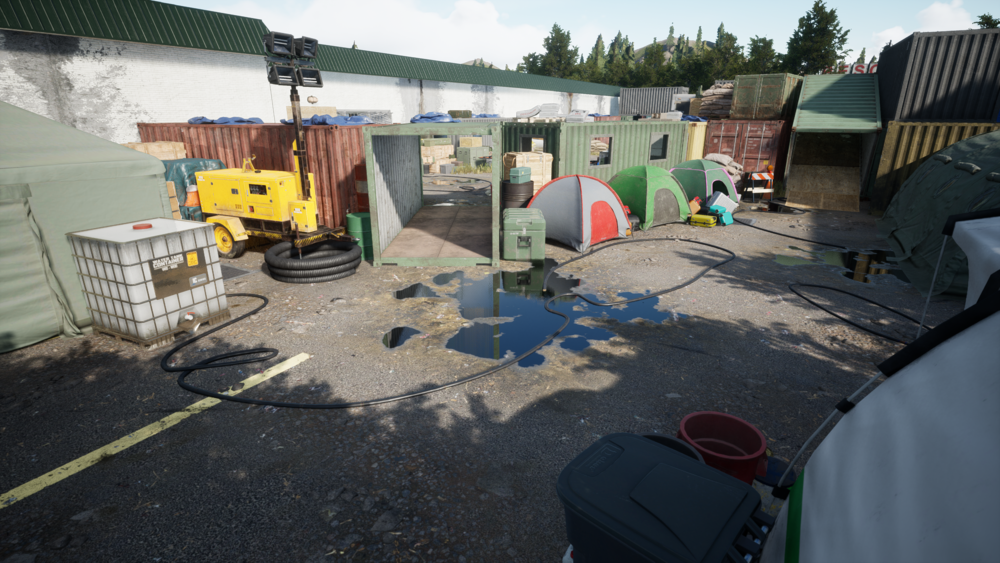 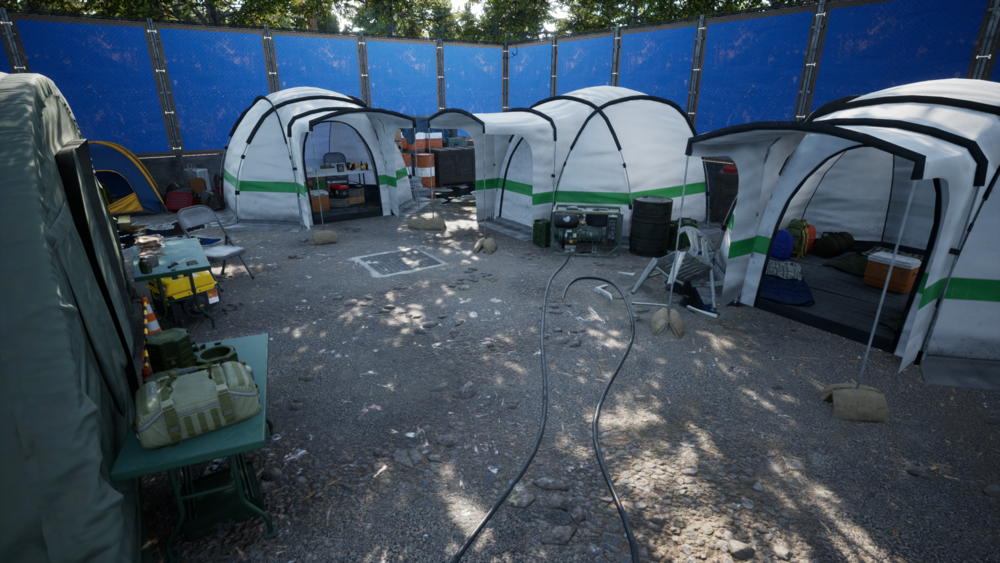 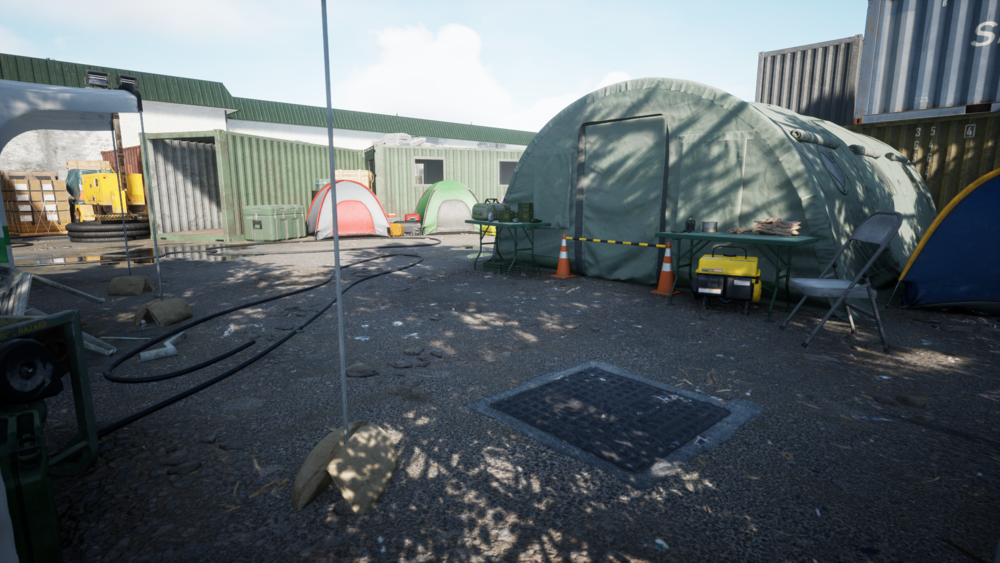 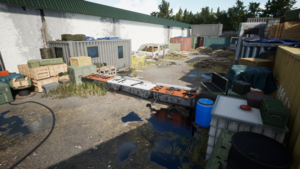 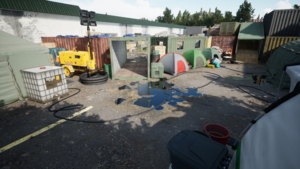 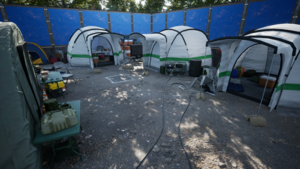 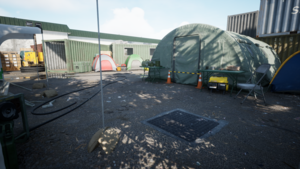 Thanks for tuning to this weeks update. As always, feel free to drop us a line in our community Discord. We have an ever growing team that is always to happy to chat!

Stay safe out there Survivors!

Interested by video game since a while, i discovered Dead Matter few months ago.