I have exciting news regarding the unfortunate issues that we have been dealing with during the last 6 or so weeks. In addition to the news regarding the Alpha I have also taken a bit of time to help address some common questions and concerns that have bubbled up over the last few weeks. We hope you enjoy this update and we look forward to playing with you guys very shortly.

We finally have light at the end of the tunnel! While we have not fully solved the issue that we are having pressed on us from the legal side, it looks like that by the start of next week we should have things squared off.

This is great news, because as of today we have all our launch infrastructure in place, if things continue to move forward smoothly next week as they have been then we will be initiating our launch of the Closed Alpha. However, for the sake of transparency and because we have never launched a project of this scope or scale ever before, we will be doing a slow rollout. It will essentially boil down to the following steps.

First things first, because Indiegogo’s API does not properly report refunds to our backend (which will require us to reconcile our backer data with theirs) and because of limited payment processing methods that are available to us we will be initiating a two-week countdown. You can think of this as the launch countdown for the Closed Alpha itself. We will make another announcement when this countdown starts.

Shortly after we initiate the Indiegogo countdown, we will be having our partners at Nitrado bring a portion of our servers online and we will start to trickle our partners into the project. They will be acting as guinea pigs and will help us identify any key issues or potential problems that come up so that we can address them before launch.

Just before the countdown comes to an end on Indiegogo, we will be spinning our servers up and getting ready for the floodgates to be opened.

After the countdown is complete, we will start disbursing keys via https://qisoftware.ca/ You WILL receive an email when this process starts. Though I do suggest you register an account ahead of time so that you can redeem your key(s) the moment that they become available.

It is almost time and we are beyond excited to get this game into the hands of all of our amazing backers that have not only put their money behind the project but also motivate us to be the best possible developers that we can be. All while showing us a great deal of patience and respect.

We are also gamers at heart, and we understand how much of a risky purchase any crowdfunded game can be. That is very a big reason why we are extremely excited to not only launch the Closed Alpha but to push updates that enable Dead Matter to fully fulfill the vision that it originally set out to achieve. We could not have done this without your support and for this we are eternally grateful.

Does Modding will be supported ?

The good news is that full Mod Support is planned including blueprints and the full-use of the UE4 (Unreal Engine 4) Editor and Steam Workshop support. The bad news is that’s all the information we have for now, although I’m sure this will come when the game is fully released or at least in beta.

What if X feature is missing from Vlog Y?? I looked forward to it!

The definition of an Alpha is feature incomplete but playable, if something is missing it likely had some issues or content that the system drives was not adequately developed in time for the Closed Alpha. In many cases we’ll either introduce it via a patch during the Closed Alpha or let you guys know why the feature got cut.

Why is there an NDA in place?

NDA’s on early builds of software are commonplace. However, content creators that are partnered with us will be given plenty of opportunities to release gameplay clips or even stream the game on Twitch/YouTube.

Isn’t the Closed Alpha supposed to be out by the end of July?

We made sure to deliver weekly updates to keep you guys informed but without dropping any specific release dates that we knew we may not be able to hit. To be blunt, we hate it when we promise a date and cannot follow through on it, it is incredibly soul crushing for us. While the issue is nearly dealt with, we have a responsibility to make sure that the CA works when we say that it’s available and part of that for us is a slower rollout because we simply don’t have the experience on-hand to just flip a switch and have everything work overnight.

What is the legal issue holding back the release?

While we have been advised to not divulge too many specifics, it is essentially a trademark dispute that required a bit of back and forth on what was okay and what was not. We have gone out of our way to minimize this issue popping up again.

Kyle has continued working on bug fixes for occasional crashes on dedicated servers, other miscellaneous bug fixes, implementing the door barricades into player construction that were shown last week, and wrapped up implementing better water in Dead Matter. He’s also added a mechanic that players will need to keep in mind: you need keys for vehicles (unless you’ve hotwired it, but that’s a different topic), and players will need to remember to take the keys out of the ignition when leaving or getting ready to bail out of the vehicle or they will risk losing them.

To play sound on these clips: right click -> show controls -> click the speaker button to unmute. Please remember that these are a work in progress, so sounds and animations are not final.

It’s a good thing players can keep their eyes open underwater because this is gorgeous.

On the subject of barricades, Nomad has implemented two basic traps for players settlements. The first is a barbed wire trap that can be placed anywhere in a player’s base. Players will not be able to craft these, but instead must find bundled barbed wire stacks around the map in order to place them. Minor bleeding damage will be applied if a player tries to actively move through the barbed wire, but will not receive damage while standing still. 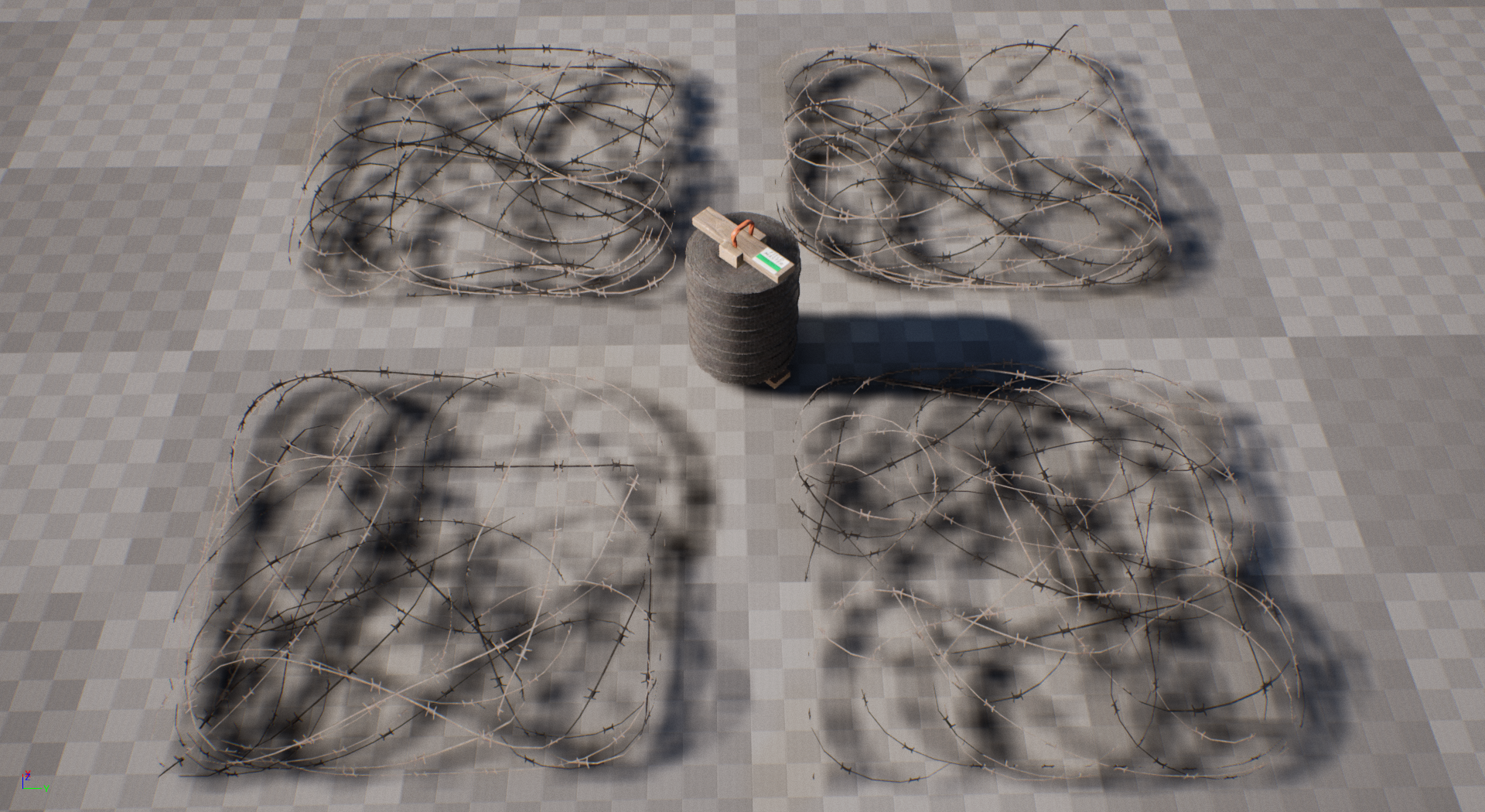 The second trap is the electrified fence kit. Players can construct this addition to their fences. It does exactly what you think it does if players try to cross the fence (when it has power). 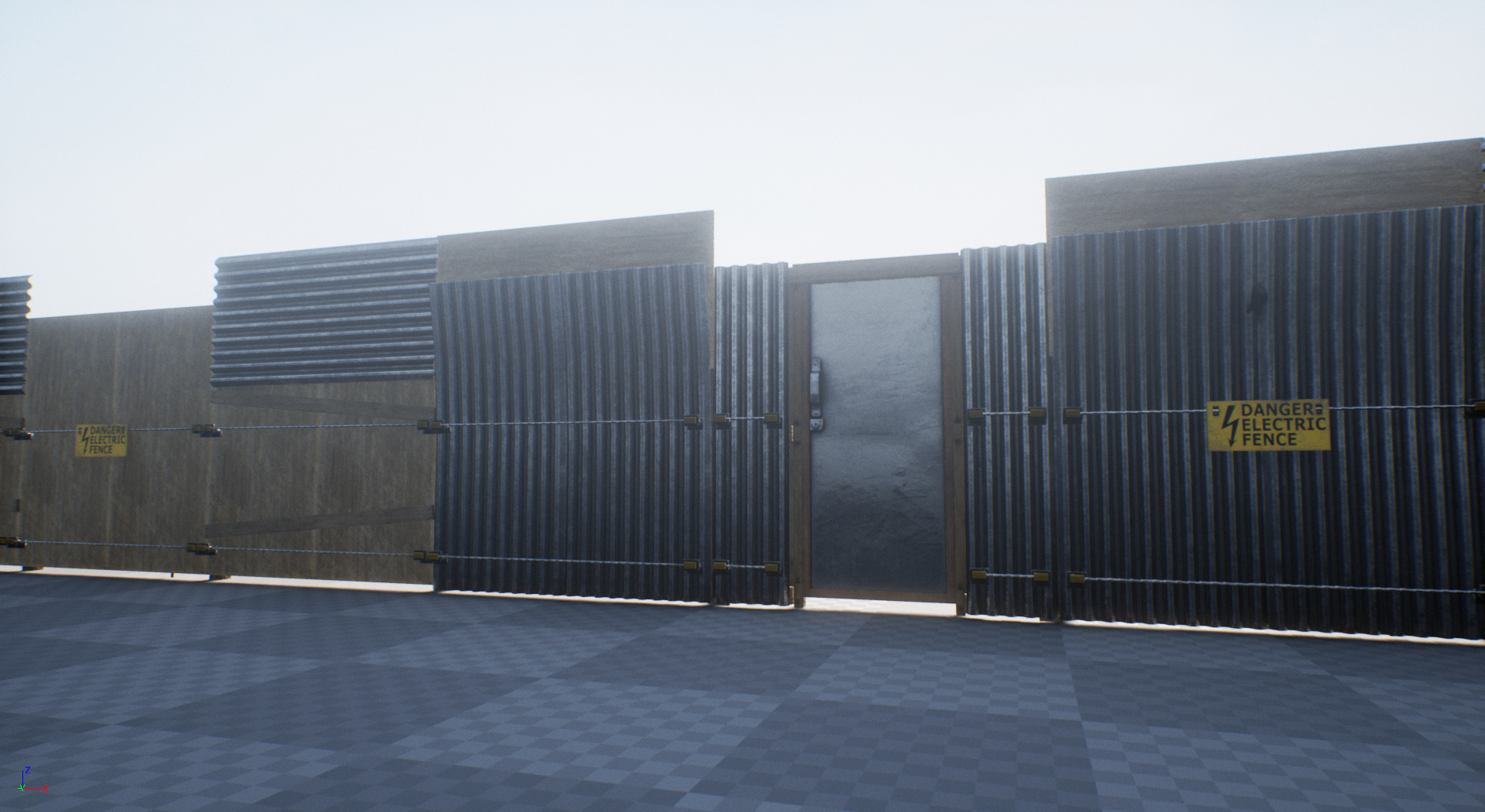 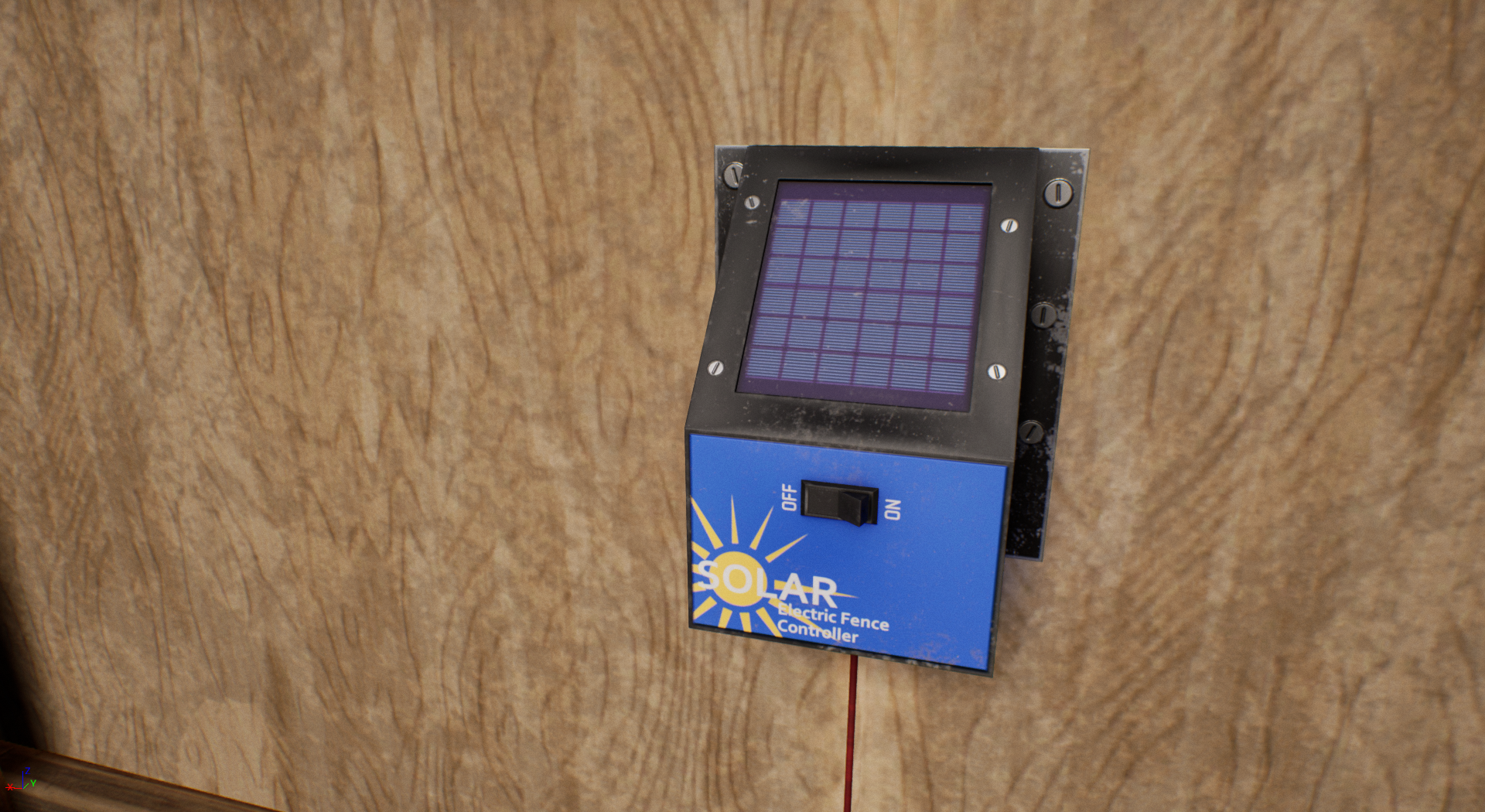 Gunschlinger has gotten zombie looting implemented in time for the Closed Alpha! Now your uninvited guests will have a little something on them to make it worth your ammo, assuming you have planned accordingly and there’s not a fresh horde on the tails of the first one.

Nihito has been working on the not-so-little details that players will be able to find in the rural areas of the map. Yes, Alberta has quite a few farms, and those farms needed equipment to work them before the outbreak. 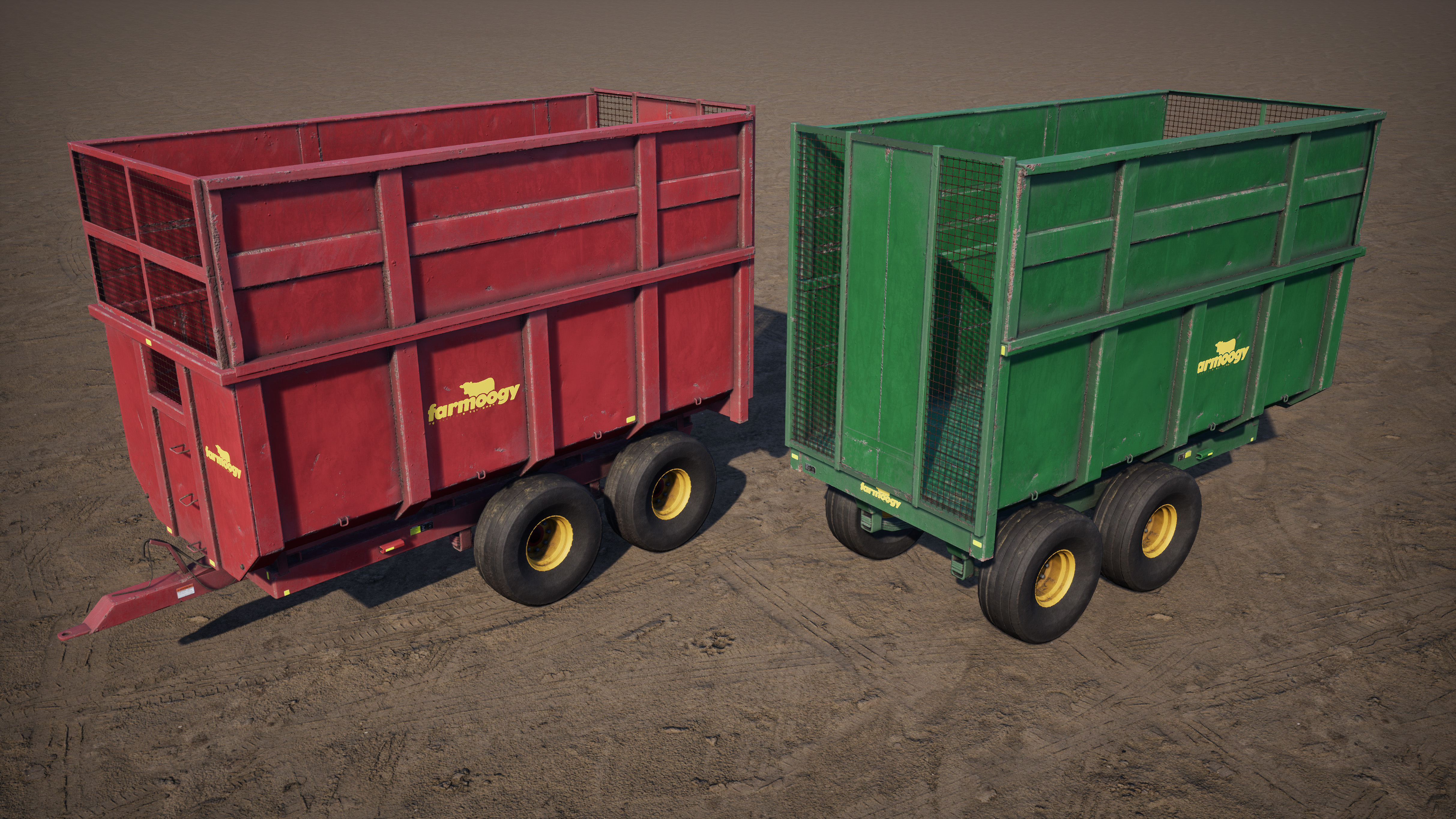 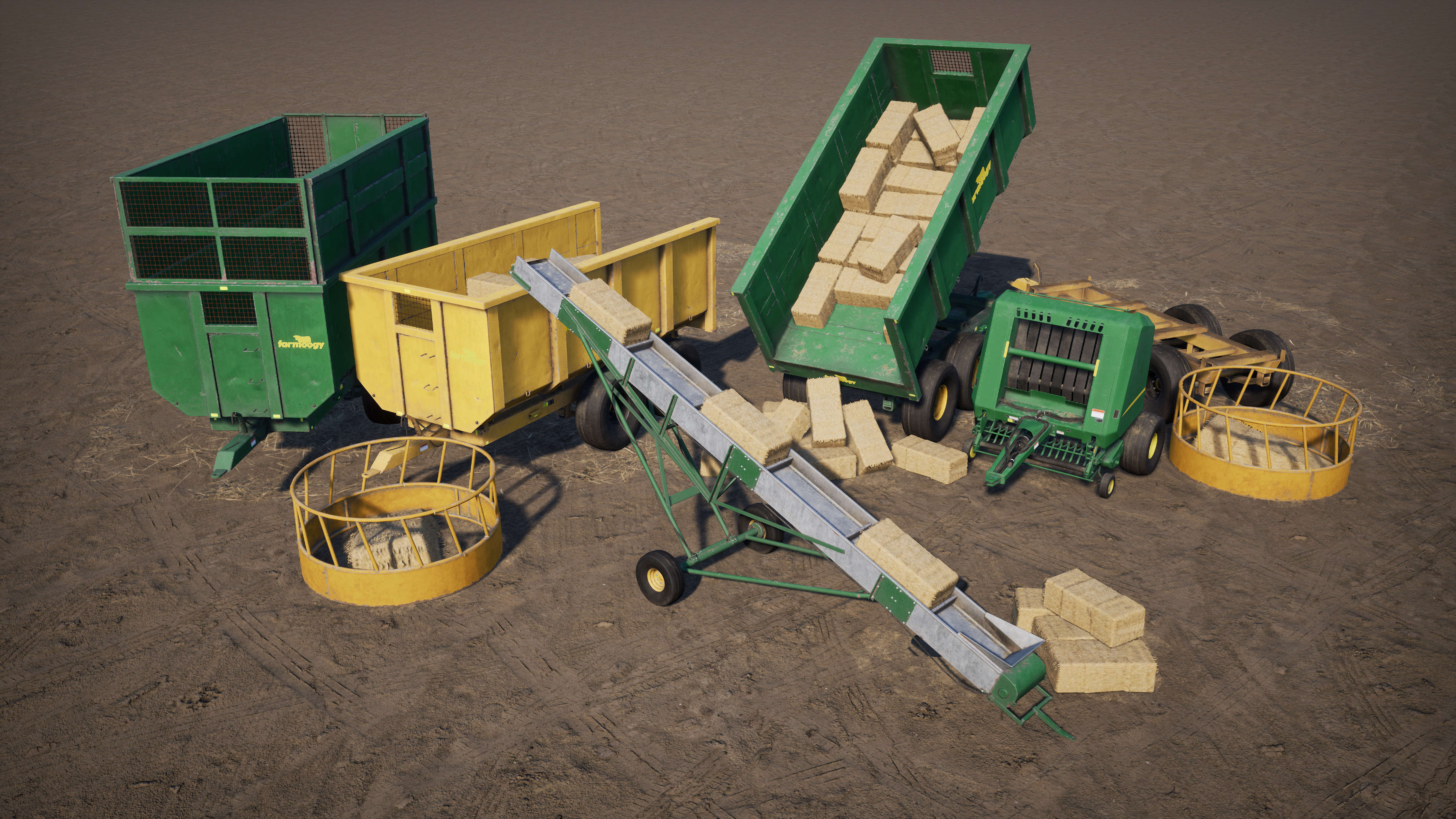 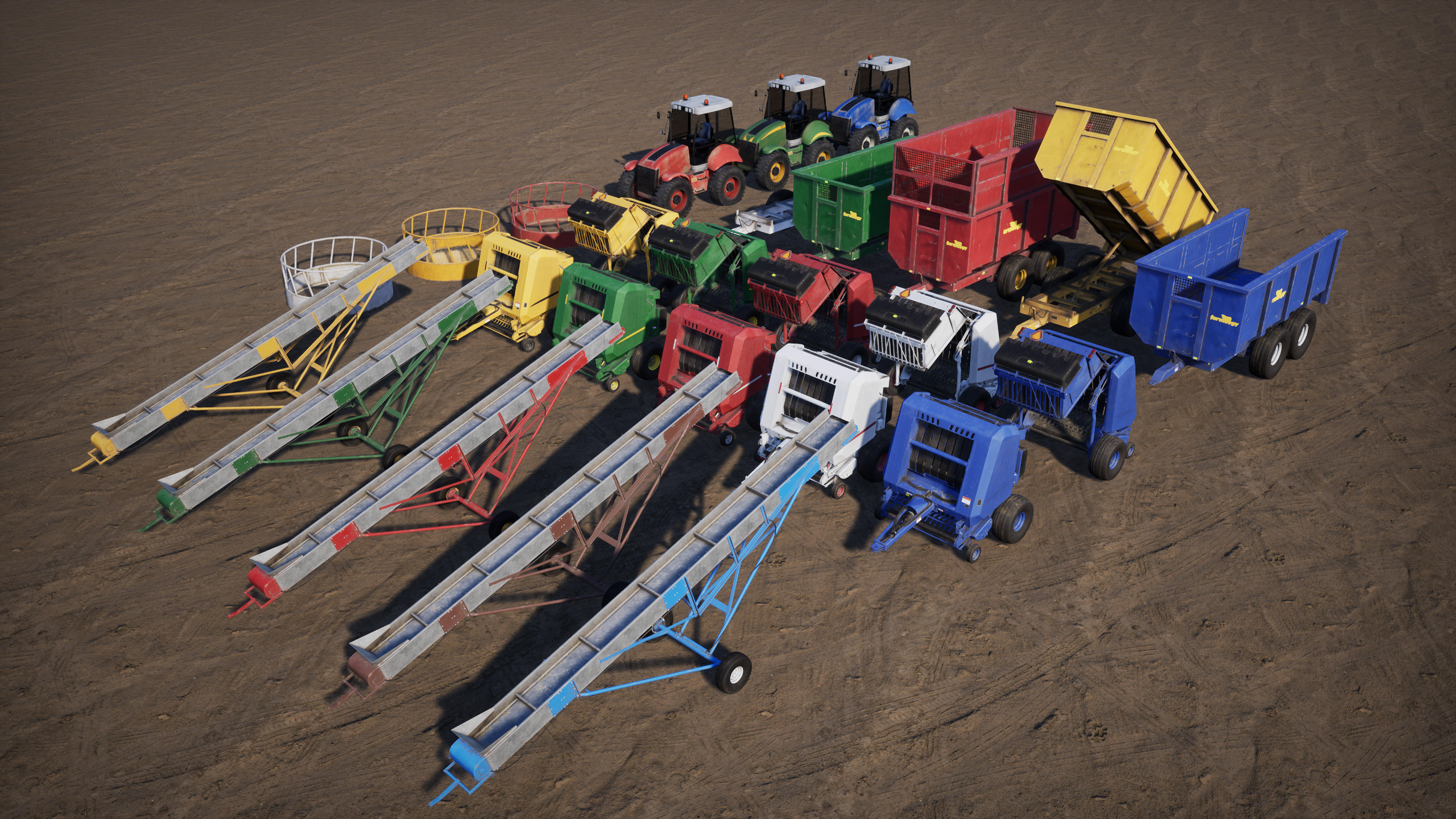 Hax has been working on more R700 animations such as magazine variant reloads and ammo checks.

He has also been working with our other animators to get single-round reloading implemented for the revolver for when players don’t have a speed loader handy. This kind of handheld power comes with some time constraints, after all.

On top of that, they’ve gotten animations ready for the staple pistol of survival games: the Makarov.

And as a bonus, the shooting range mentioned in last week’s post will also have a “Shooter’s Challenge” area for players to test their accuracy and aiming speed on the dummies. This will be a separate area that players can launch from the main menu. Poor dummies.

Alright everyone. that wraps up this development update. Thank you all for your continued support, and we look forward to your feedback and chatting with you all.

If you’re not a backer already and want to support the development of Dead Matter, you can back the project at the following links:

Even if you can’t, or aren’t comfortable with backing just yet, spreading the word to your friends and talking about the game helps all the same.

Thank you all again for your patience.

Interested by video game since a while, i discovered Dead Matter few months ago.